Today I’m sharing a simple and repeatable process to create viral contests that work like gangbusters. 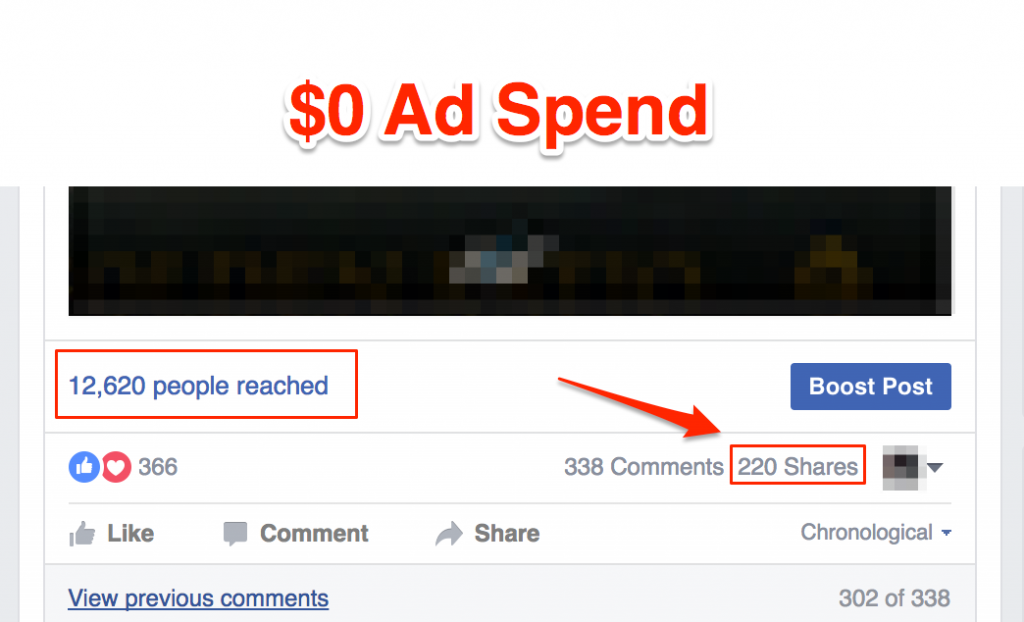 Viral traffic is one of the coveted ‘growth hacks’ in the marketing world, and I’ve figured out a repeatable formula to create virality through carefully constructed giveaways (or contests).

These giveaways are simple to run and regularly bring in insane ROIs for both small and large businesses – even if you don’t have an existing list.

Here are a few examples of successful viral contest campaigns in different niches:

1. A natural supplement company ran a giveaway to promote their new brand and collected 4,142 emails with only $150 ad spend.

2. A political organization gave away a book in a simple giveaway and boosted their email list by 125%.

3. A bicycle company needed to promote a new line of bikes they were manufacturing. They saw a 1,170% return on their investment from new sales garnered through the contest, as well as over 1,500 new email subscribers.

4. A subscription box company gave away a half year subscription to their flagship product and gained over 1,000 new emails from the contest.

5. A digital marketing agency gained over 8,000 emails and 5,000 social followers by giving away a pair of concert tickets.

My testing and research has shown me that these types of contests can work in any niche or industry if you’re willing to think outside of the box.

And if your current marketing efforts (or their absence…) aren’t quite cutting it for you, then maybe thinking outside of the box is exactly what you need to do.

In this upcoming workshop, you’ll learn how to do it yourself, as well as important details such as:

– What mistakes to avoid that could make your viral contest crash and burn before it even leaves the runway
– How to design your viral contest graphics so they work on social media without cutting your reach from the algorithms
– The step by step process to create your own viral campaign based on proven promotions
– One key addition that allows your contest to actually go viral. Skip this and your campaign will sit dead in the water.
– How to make your viral contest generate sales – just because it’s a list building giveaway doesn’t mean you can’t immediately profit from it.

This is perfect for you to start building it. Plus you’ll get social media followers along the way.

You have even more to gain. You’ll turn your social media followers into email subscribers, then it’s just a matter of selling to them in their inbox.

You need this. This system will create a flow of new subscribers into your autoresponder. It’s passive enough that you can continue to kick back and relax as the sales roll in.

In fact, you don’t even need an existing product or offer to run this contest (which makes it great for validating new ideas and generating an interest list along the way)

Even better, this strategy gives you nearly instant results due to its viral nature.

It doesn’t take weeks to build up your list and get sales – you’ll notice the results in the same day, and can watch your traffic and leads multiply hour by hour.

This is from the power of social proof, which you automatically generate through these contests.

“The principle of social proof says so: The greater the number of people who find any idea correct, the more the idea will be correct.”
– Dr. Robert Cialdini (Influence)

Even though you’re giving something away, it certainly doesn’t mean your new traffic is full of freebie seekers – these are your prospects and they simply must be sold to afterwards.

“But does it still work with FB’s algorithm changes?”

In fact, I just coached a client through setting up his own viral contest a couple of days ago.

Using my system, in about 30 minutes he built a contest that’s gathered in just the past day…

– 210 Likes, which is nice and boosts reach to the existing audience
– 173 Comments answering a poll question (which provides valuable insight into what his audience wants),
– 149 Shares, providing a huge boost in visibility to a new audience
– Sales – I’m not giving an exact number here because it wasn’t TOTALLY tracked, but the charts are showing a boost in sales coming from social media for the product linked, so according to this, the giveaway has already paid for itself on top of the audience it’s built

Want to get my step-by-step system?

I’m revealing it all at 4pm CST in a workshop for my private paid group.

But for the first time ever, I’m allowing outside access to the live workshop & replay.

It ain’t free, but you’ll be getting it for 50% of the cost I’m going to sell the replay for later.

Plus I regularly charge $1,000+ to set these up for clients, so this is a pretty sweet deal.

I guarantee you’ll be able to improve your business with this workshop.

If you don’t feel the same, I will refund your purchase, no questions asked.

That means there’s no risk to trying this out.

Ready To Harness The Power Of Viral Traffic?

If you have any questions, just shoot me an email at morgan@morgancrozier.com

Every week(ish), I write a newsletter. This is where all my best stuff goes.

Get My Free Report

Click below to get my free report:
The Only Marketing Strategy You Need To Succeed In 2021 (And Beyond)

If you use Facebook and want to join a community of like-minded entrepreneurs, check out my free group.

“OMG… All I can say is that Morgan is brilliant! He definitely knows his stuff. He is amazing to work with (and very patient).”
– Linda Fogg-Phillips (tinyhabitsacademy.org)

“He is a brainiac that makes you feel like a superhero. HIRE HIM before he isn’t taking on new clients or something…”
– Delora Guingnion (mindsexmentor.com)

“Folks i had a session with Morgan Crozier and it was insane. The man is incredibly sharp, thank you very much and I’ll be following up in a few months.”
– Sohail Anwar (earnandexcel.com)

“OMG… Morgan is AMAZING!!! Thank you so much for your time today! Seriously… I’ve paid people for hours of time and they didn’t a quarter of what Morgan did in less than hour!”
– Lea Newman

“Morgan has helped me get more done in three months than I have all year in his group! I’m just getting my business off the ground, but from his knowledge depth Morgan could help any stage of your business from what I can tell.”
– Wyla Green

Not even factoring in the gold mine of information and user-friendly trainings, Morgan’s genuine desire to help, and willingness to go out of his way to ensure you are tracking along where you want to be adds so much value.
– Luke Hyams

Morgan’s got an incredible mind for business and technology. In the span of a half hour, he changed the focus of my new service business and provided me with incredible marketing insights. Highly recommended.
– Scott Silverstone