Coffee With Dan Meredith – An Inside Look

Dan Meredith is not your average entrepreneur, as you’ll instantly realize the moment you step into his world.

See what I mean?

He’s most well known for his critically acclaimed Facebook group, Coffee With Dan, which is going strong at over 11,000 members (at the time of this writing) in the short span of only a couple years.

If you take a look at round-up blog posts for the best Facebook groups, CWD is sure to pop up time and time again. That’s just what Inc.com said, anyways.

So how did he do it?

The beauty in Dan’s method is its simplicity.

1. Persistence. Dan shows up every day, rain or shine.

2. Just doing it. This is one of Dan’s key philosophies – the foundation of “Be More Dan”.

While most entrepreneurs have an overthinking problem, Dan is loud and proud about his ‘underthinking’ problem.

Instead of getting caught up in analysis paralysis like the rest of us, Dan simply does.

Espresso With Dan – An Inside Look

And the results of his “doing” show how well it works. If having over 10,000 members in his public group wasn’t proof enough, then Espresso With Dan surely seals the deal.

Right now you can see that Espresso With Dan has over 500 members in it. At £97/mo, that’s nothing to scoff at.

Here’s how it went down:

This is a perfect example of how simple your marketing funnel needs to be.

Even though this looks like a lot of steps, it boils down to this:

You can see how things have shifted and grown, but fundamentally it’s all about sending traffic to an offer.

At the beginning, his offer revolved around 1 on 1 consulting.

In 2015 he was still doing small launches for group consulting programs.

His offer was his time & consulting, and his traffic was from his personal Facebook page + the Coffee With Dan group.

But in January 2016, everything changed.

I don’t know the story, but I think it’s a pretty safe bet that the launch was a Dan Idea which he dove head-first into (in true Dan fashion) – and look how it turned out for him.

It wasn’t long after launching his private group that he was doing live private events, bringing in well known experts such as Gary Vaynerchuck as guest speakers.

Where To Find Dan Meredith

Your best starting place is Coffee With Dan, the free Facebook group. Dan’s in there every day the day while being 1000% Dan, which is worth joining just to observe and study alone. But the community is also fantastic, which is rare for a group so large.

It’s truly a welcoming and wonderful bunch of folks, which is why it’s the only free group I even follow on Facebook. If you had to pick one, this is it. 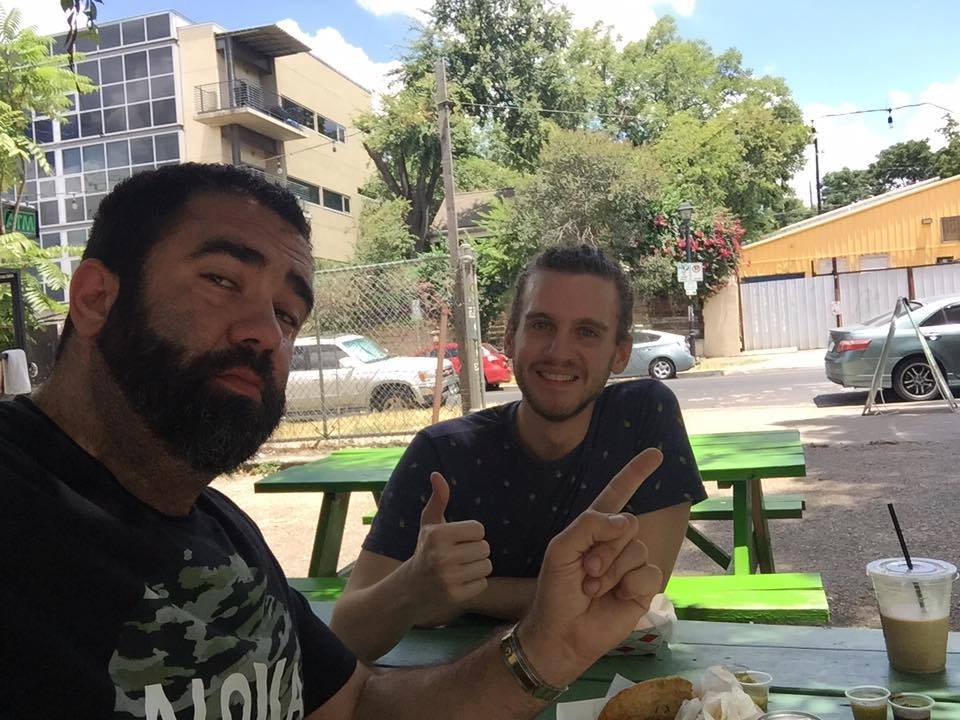 These days, you can find Dan going “balls deep” into EWD Part 2, where he’s greasing the wheels and making improvements to make the group even better in 2018.

The group is getting bigger and bigger and Dan seems to get busier by the day managing Planet Dan, so don’t sleep on the opportunity to get involved and get some personal attention from the beast of business.

How Digital Marketer got 22,869 Link Clicks From Twitter On Autopilot

Every week(ish), I write a newsletter. This is where all my best stuff goes.

Get My Free Report

Click below to get my free report:
The Only Marketing Strategy You Need To Succeed In 2021 (And Beyond)

If you use Facebook and want to join a community of like-minded entrepreneurs, check out my free group.

“OMG… All I can say is that Morgan is brilliant! He definitely knows his stuff. He is amazing to work with (and very patient).”
– Linda Fogg-Phillips (tinyhabitsacademy.org)

“He is a brainiac that makes you feel like a superhero. HIRE HIM before he isn’t taking on new clients or something…”
– Delora Guingnion (mindsexmentor.com)

“Folks i had a session with Morgan Crozier and it was insane. The man is incredibly sharp, thank you very much and I’ll be following up in a few months.”
– Sohail Anwar (earnandexcel.com)

“OMG… Morgan is AMAZING!!! Thank you so much for your time today! Seriously… I’ve paid people for hours of time and they didn’t a quarter of what Morgan did in less than hour!”
– Lea Newman

“Morgan has helped me get more done in three months than I have all year in his group! I’m just getting my business off the ground, but from his knowledge depth Morgan could help any stage of your business from what I can tell.”
– Wyla Green

Not even factoring in the gold mine of information and user-friendly trainings, Morgan’s genuine desire to help, and willingness to go out of his way to ensure you are tracking along where you want to be adds so much value.
– Luke Hyams

Morgan’s got an incredible mind for business and technology. In the span of a half hour, he changed the focus of my new service business and provided me with incredible marketing insights. Highly recommended.
– Scott Silverstone